When I started this Blog a couple years ago I wanted a place on the internet where Faith and Geekery would meet.  An amazing thing happened a few months back.  Marvel comics launched an entirely new Ms. Marvel comic. 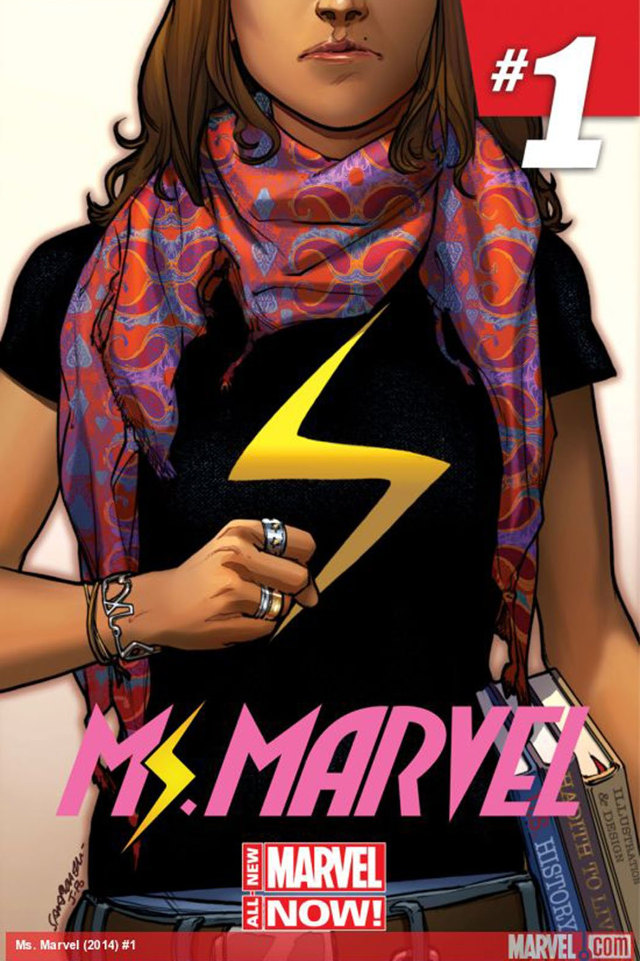 One of the most interesting concepts about the new Ms. Marvel was that she was a young woman of the Muslim faith.  As the Hero Complex points out, she isn’t the first Muslim superhero, or hero of Faith for that matter.  They mention several other characters that have various faith backgrounds. “For example, Daredevil (Matt Murdock) grappled with his Catholic faith in Kevin Smith and Joe Quesada’s “Guardian Devil” story arc in the late 1990s. Magneto, sometimes a hero and sometimes a villain, is a Jewish Holocaust survivor. Other characters, like Wolverine and Iron Man, are more skeptical but dabble in occasional spiritual practices.” (Hero Complex)

There are also tones and types all throughout comics that point to one faith or another. I have heard countless sermons on John 15:13, “Greater love has no one than this: to lay down one’s life for one’s friends, ” and have read a number of comics where I witness heroes doing just that.  These modern day parables can easily be used to teach and point out the truths of the Bible.

Someone who probably hasn’t read Ms. Marvel or any comics ever asked me how I felt about Marvel using this new character to indoctrinate the youth of today into the Muslim faith.  I am sure there are people on the other side who asked the same questions about the biblical literary allusions in the comics. My answer to all the extremists is simply to calm down.  The world is made up of a wide range of people, and I would hate for my comics to just be full of people that looked like me or believed the same way I do.  Comics are a place that should represent the diversity of the world.  Can there be better developed Christian characters? Of course, and I would welcome it with open arms.

Sana Amanat is an editor at Marvel and co-creator of the New Ms. Marvel character.  She recently did a Ted Talk, called “Myths, Misfits and Masks.”

We all have stories to tell and I think we can and should learn from all of them.  The greatest story I know comes from the Bible and what God has done for all of us.  This has always been a story that I knew and believed to be true.  But it always hasn’t been a story that I held in my heart and made my own.  There is a great hymn, that has a chorus that says, ” This is my story, this is my song. Praising my Savior all the day long.”  It’s time we share our stories.

I am a Husband, Father, Tech, and above all else, a Disciple of Christ.